We are helped in our learning by our teachers who are Mrs Possnett (on Mondays, Tuesdays and Wednesdays) and Mrs Peters (on Wednesdays, Thursdays and Fridays). Mrs Moss, our amazing Teaching Assistant, is with us all week.

The Battle of Britain.

Moving forward in our study of the history of Britain, we'll set our time machine to take us from the Anglo-Saxon times to Britain during the Second World War. With a focus on the Battle of Britain, we'll explore this turning point in British history, learning about the home-front and the lives of children during that period.

Exciting Electricity! The Year 4s of Nightingale and Buzzard classes have been testing which materials are conductors and which are insulators this morning.

This morning, we are very excited as we have visitors from Bakkavor in to share their knowledge of fruit and vegetables with us and with the Year 4s from Buzzard class. Watch for our photos!

Here are our incredible WW2 skyline silhouette pictures. We're very proud of them.

Our Year 5s visited Eden Camp, during our trip to Scarborough, to learn more about Britain at war 1939-1945

Year 5s - don't forget to head over to the Scarborough 2019 page to view the photographs from your trip!

We Nightingales love our art - this is Blitz silhouette art - finished masterpieces to follow..

It was great to see so many parents and friends at our Class Assembly last week; we hope that you enjoyed it like we did! If you weren't able to join us, here are some photos to give you a flavour of it. Our theme was the Battle of Britain and we had drama, singing, diary entries, Maths, dancing and poetry!

Take a look at our knowledge organiser to find out what we'll be learning about.

The Year 4s are coming to the end of the "Animals, including humans" Science lessons. Here we are today working out the different parts of the food chain and creating some of our own. We also labelled photographs of our own teeth!

Last week, Mrs Peters set us a challenge to solve the outdoor Maths problems to unlock the code for the school safe. Inside the safe was the money for our Easter eggs, so cracking the code was really important!!

Here we are working out the answers!

On Tuesday 19th March we were lucky enough to take part in an outdoor Maths day. We had to complete 10 different mathematical challenges including shapes, fractions, measurements and calculations. Here are some pictures of us enjoying ourselves in the fresh air and using our Maths skills at the same time!

We wore some really imaginative costumes for World Book Day. After lunch, we visited Roe Deer class and read some of our stories to them. We hope you like our photos of the day.

During our Spring term, we will be learning all about the Anglo-Saxons in our different subjects. We will be looking at where they came from and how they organised England in Geography. In History, we will investigate their lives including what games they played, what food they ate and what legacy they left us. We will also be exploring place names to discover the origins of many of the words we use today.

Frumbyrdling, aeg and honig....we have been learning Old English words and spotting Anglo-Saxon place names. Can you guess what these mean?

Guilty or not guilty?

On Friday we held four trials and heard arguments from prosecutors from Anglo-Saxon times and modern British times. The jury considered the different sentences proposed and decided which ones they preferred. For sheep stealing a fine, or a hand cut off? For witchcraft released for no evidence, or trial by ordeal? Our jury were firm but fair and thought that Anglo-Saxon punishments were very severe.

Do you know your salivary glands from your small intestine? We do!

Bottoms, burps and bile! Here we are working out what body parts go where.

WE HOPE YOU ENJOY THE PHOTOS FROM OUR AMAZING ANGLO-SAXON DAY!

Our visitor, Jed, brought in lots of different weapons and pieces of armour used by the Anglo Saxons which we all tried out.

We were spellbound hearing about Anglo-Saxon law and the gruesome punishments.

We acted out the fifth century story of Beowulf and how he slayed the fearsome monster Grendel!

We played King-ball, learned about Bede and wrote our names in runes.

Here are some ideas for dressing up for Anglo Saxon day

Year 4 the Science of Sound

We are coming to the end of our Science subject and, just before Christmas, we experimented using different materials to investigate which ones absorbed sound. Have a look at the photos below of the lesson when we made our own ear defenders! What materials do YOU think would be most effective?

CAN YOU HEAR ME?

In the Autumn term our learning was inspired by...

The Year 4s in Nightingales join forces with other Y4s from Buzzards on Thursdays for Science. This term we have been studying sound. We had a go at making our own pan pipes to investigate pitch.

Time for TIME in Maths!

For the past couple of weeks in Maths with Mrs Peters, we have been looking at analogue and digital clocks to make sure that we can tell the time. We have also been busy trying to solve time problems by converting between minutes, seconds and hours. We're getting very good at it. Do you know how many seconds there are in a day?

After watching a video of the Mayan creation story about the gods Tepeu the Maker and Gucumatz the Feathered Spirit, we re-told the story using a storyboard. Here are some of our excellent pictures.

You may not have known it, but 22nd November was Potato Day in Nightingale class. We were learning about the potato as it originated from South America, so this was excellent work for our Topic. We identified South America on a world map, drew and labelled potato diagrams, use the potato growing seasons for our Maths work and cooked delicious Chilli Bean Potatoes. Have a look at some of our work.

Here we are making our delicious Chilli Bean Potatoes

We have been applying our maths skills when finding out about important events in the past.

Why not have a go too?

** What year were you born?

How many years ago is that?

How much older is Mrs Possnett than you?

What year did it end?

How many years after the end of the war were you born?

How many years ago did it end?

How many years after the end of WW2 were you born?

* Can you find out when the Romans invaded Britain and when they left?

How many years ago did they leave?

How long were they in Britain?

* When did the Maya Civilisation:

How long did it last?

How many years ago did it end?

* Can you find any other significant dates?

Practising subtraction in Maths and working out where people make mistakes.

Mastering the art of jive dancing....

We were lucky enough to take part in a jive lesson with Clare and Neil from Boston Jive - just look at our moves...

As part of our work on remembrance, we were visited by Frank Bristow and his sisters Edwina and Barbara, whose grandfather Frank fought during the first world war and whose name can be found on the war memorial in St Andrew's Church in our village. We found out that Frank was killed in action just 8 months before the end of the war, leaving behind a wife and two children.

This week we were really lucky to have the poet Ash Dickinson visiting the school. He spent an hour with Nightingale class helping us to create Remembrance poems. Can you write quatrains, centos and shadormas? We can! Here are a few pictures of him working with us. Poems to follow.

We have been busy turning the first chapter of our class book, The Chocolate Factory Ghost, into mini play scripts. We dressed up and acted out our plays to Roe Deer class!

Can you spot the actors under our costumes?

In Science this term, Year 4 Nightingales have teamed up with Year 4 Buzzards to look at States of Matter. We have explored solids, liquids and gases.

Year 5 have been applying their understanding of states of matter by exploring changes in materials.

States of Matter and Properties of Materials.

On guard! On Thursday, Darren from FitFence came and had us fencing in the playground. Advance! Lunge! Retreat!

Harvest Assembly - reading out our poems about what makes us special

In preparation for our Harvest assembly, we wrote some beautiful acrostic poems using the letters in HARVEST.

Here are a few of our wonderful poems..

In Maths, we have had a busy term so far. On Thursdays and Fridays with Mrs Peters we have been learning about ordering and rounding numbers, place value and Roman Numerals.

Some of us have tried writing instructions for column addition.

This is Jordane's version. Well done!

We had a fantastic day at Cadbury World, learning about the history of chocolate.

This term our class novel is…

Last year, our learning was inspired by The Monarchy. Here's an example of some of our work...
Edward the Confessor by Jordane 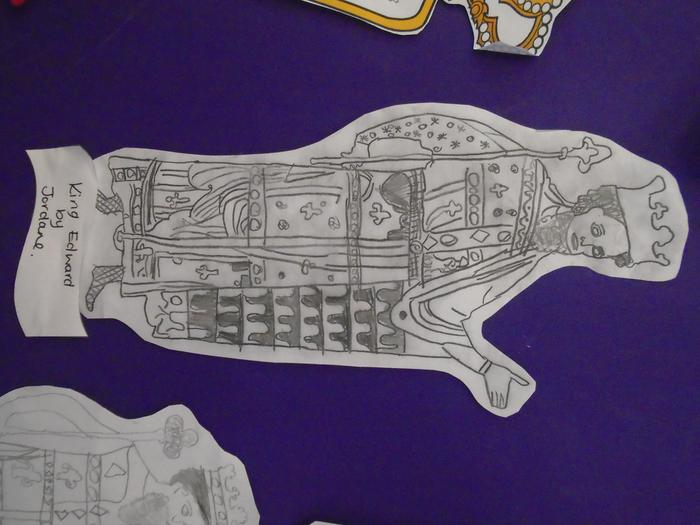 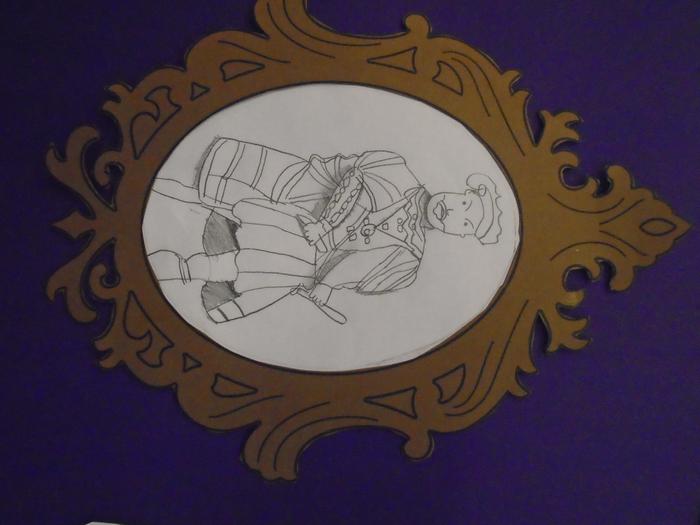 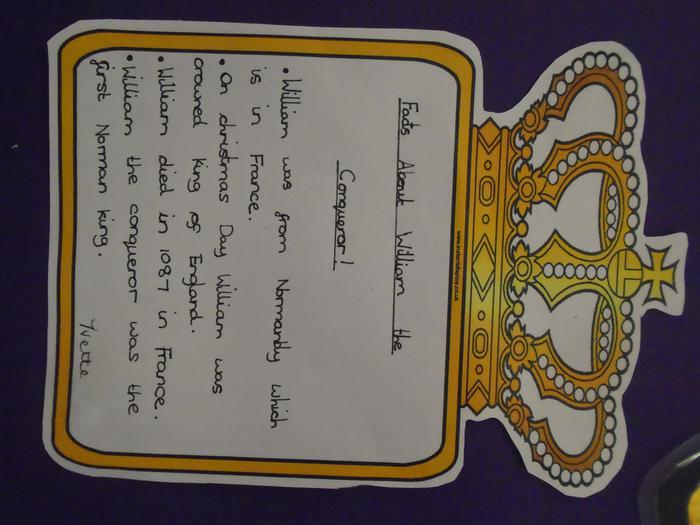 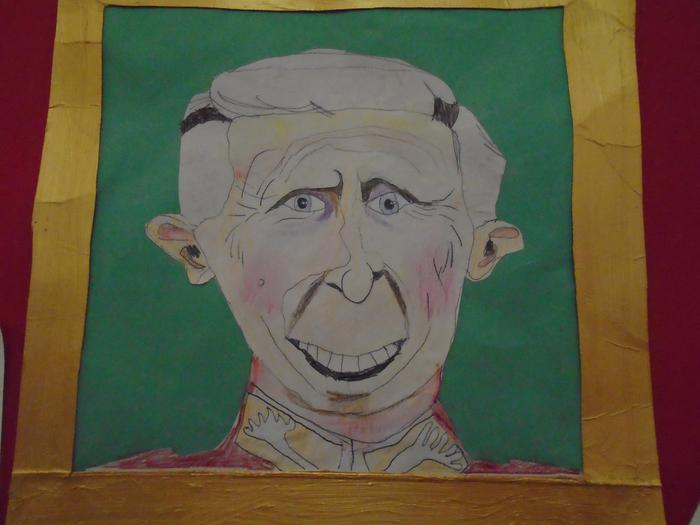 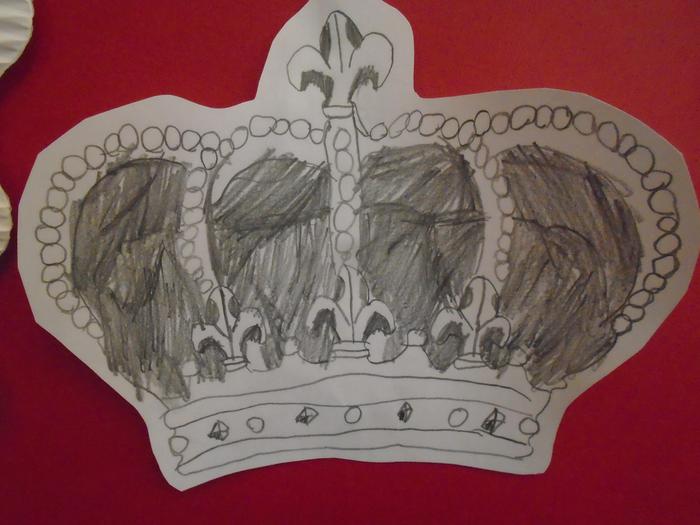 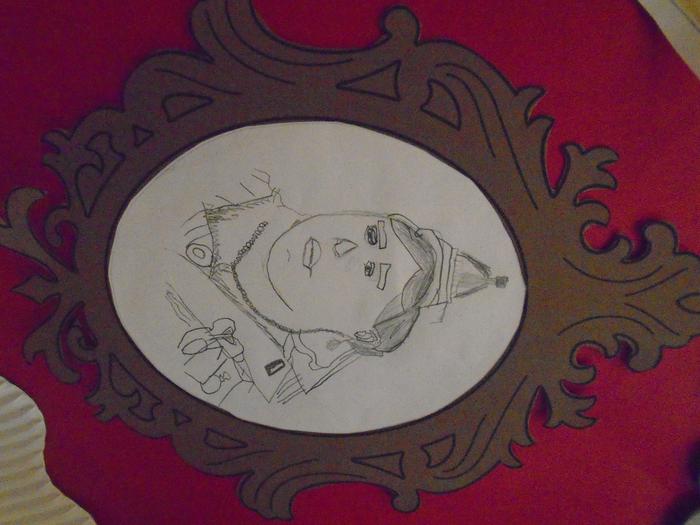 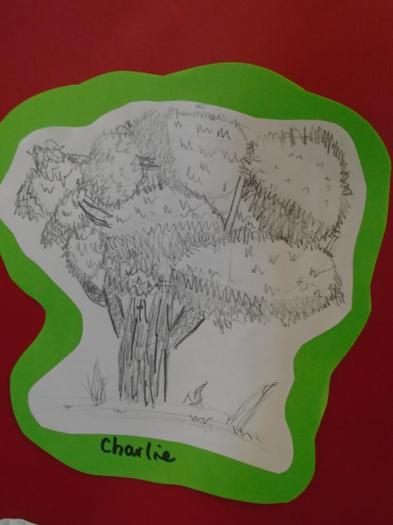 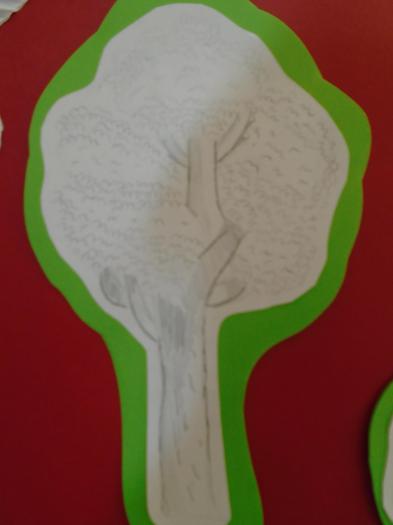 Learning about types of trees and leaves. 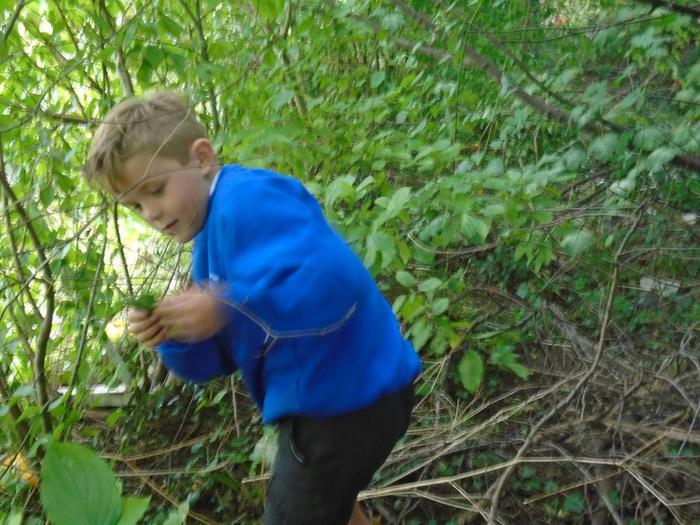 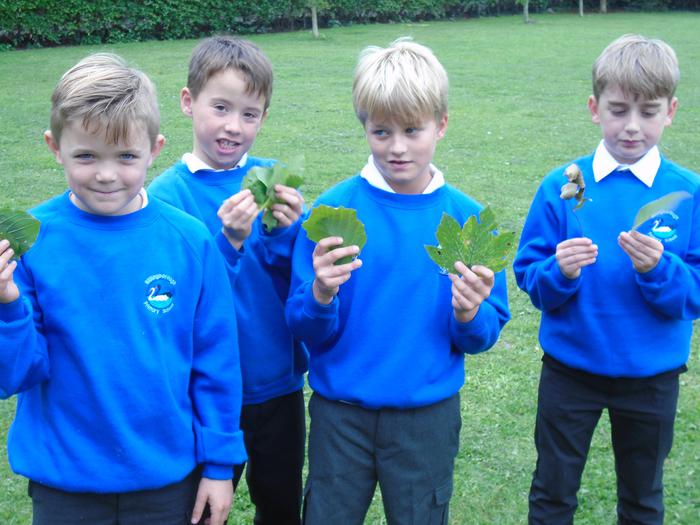 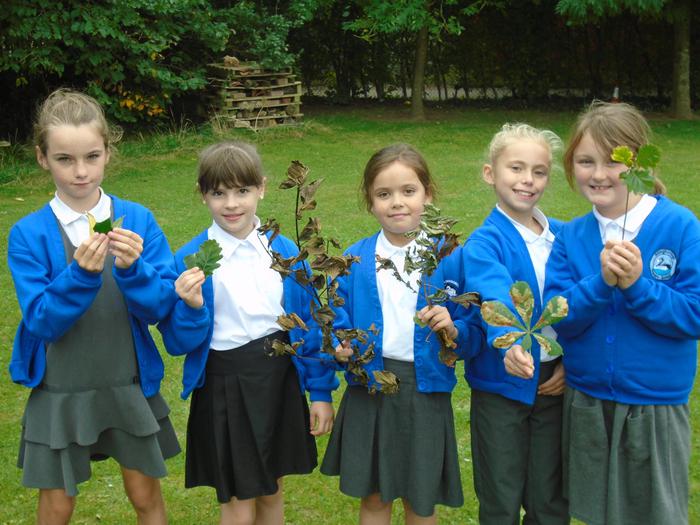 Our literacy lessons take inspiration from forest themed stories from across the globe, including the legend of Robin Hood, Green Willow - a story from Japan and the classic 'The Jungle Book'.

More than a maths lesson....

Do you know the times tables? 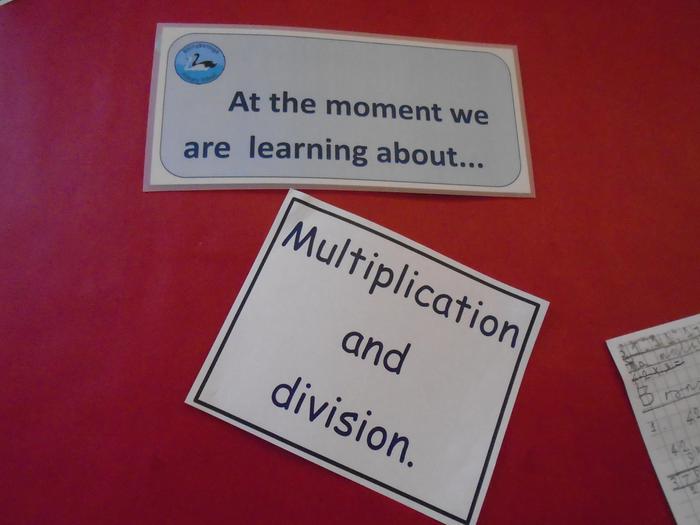 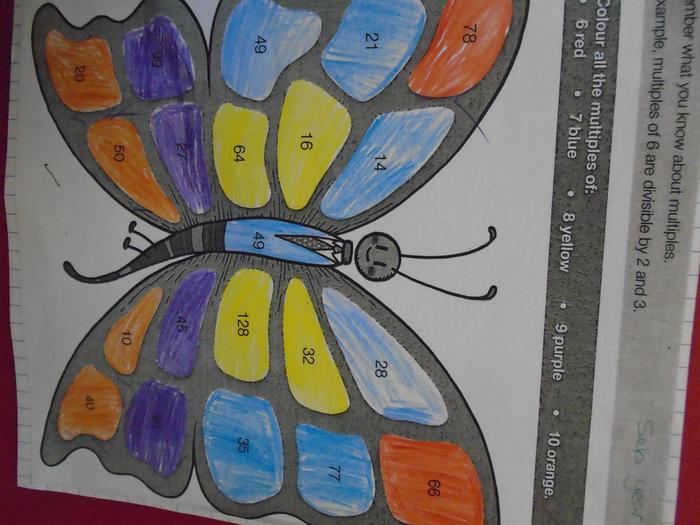 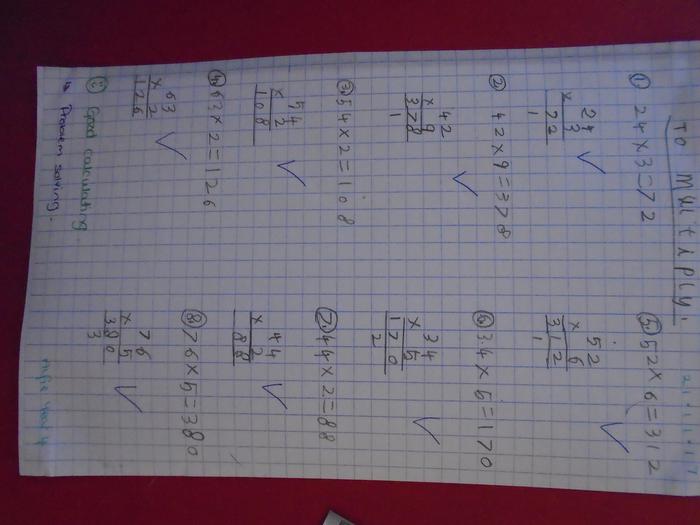 Merryn made a times tables game. 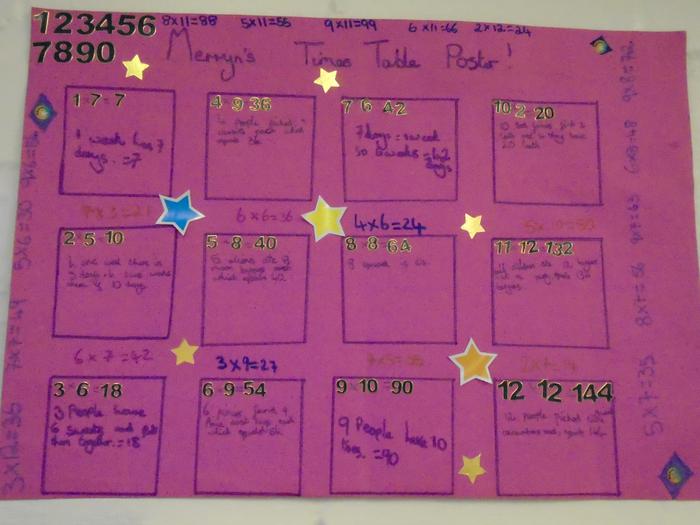 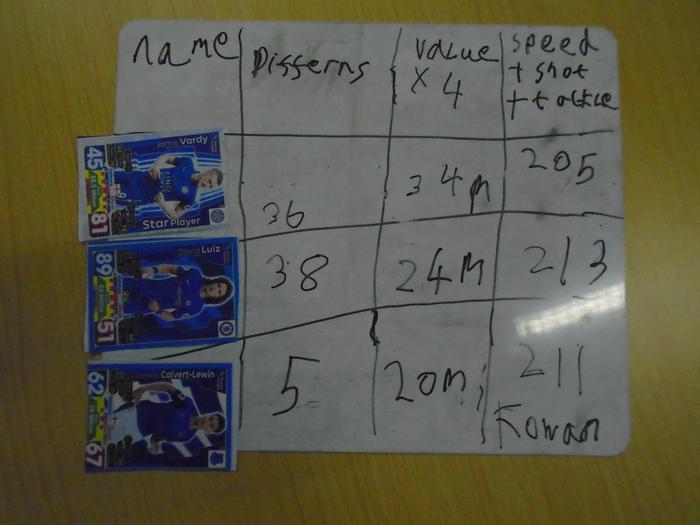 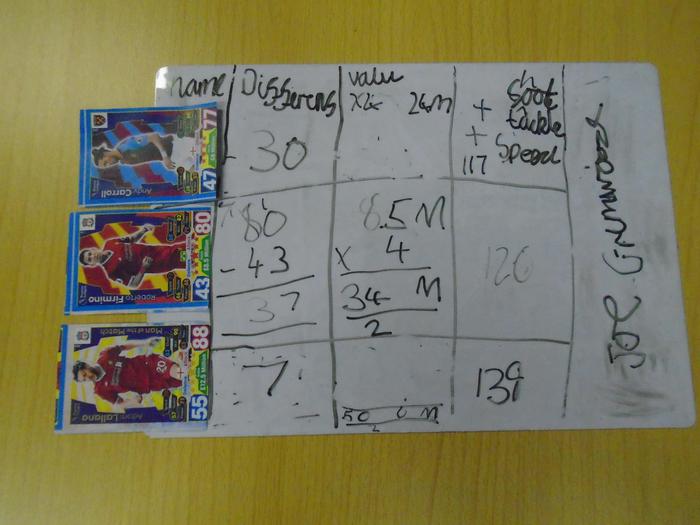 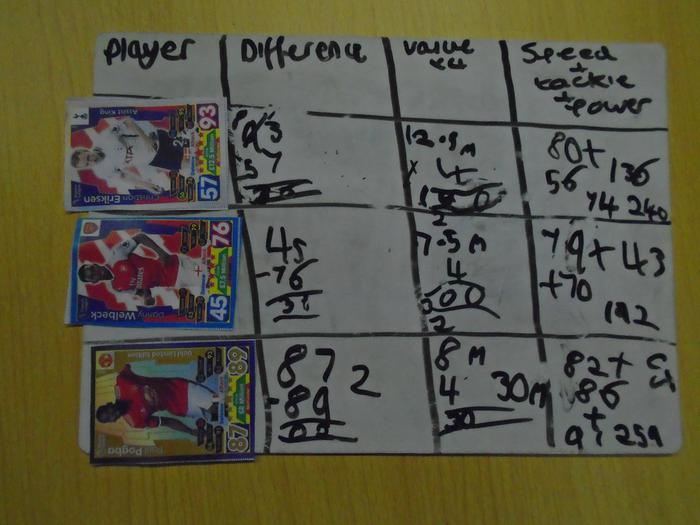 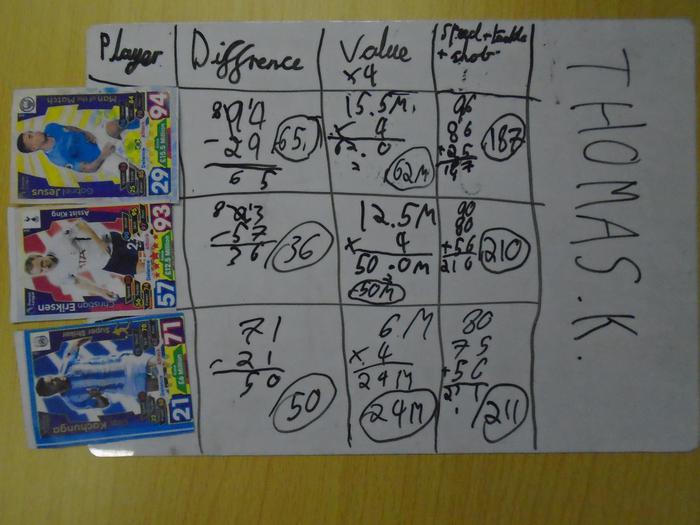 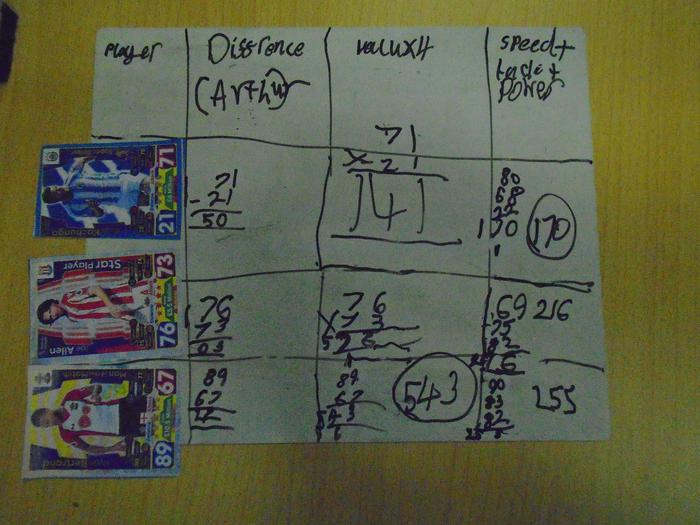 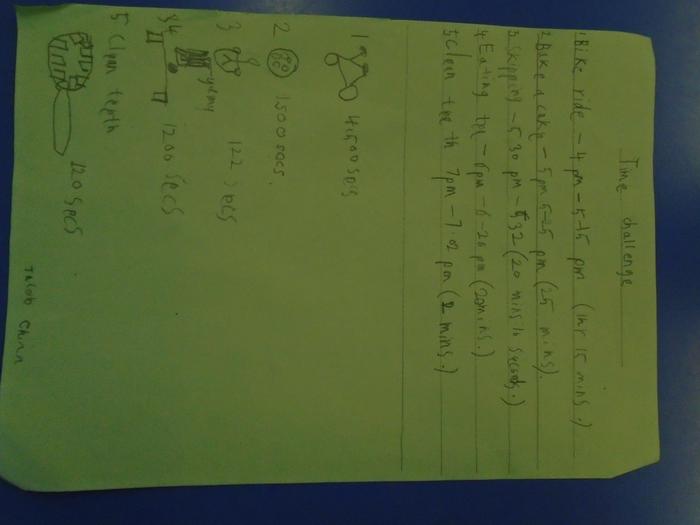 Back in time... our wartime Christrmas as RAF Metheringham.

On the 7th September, we were visited by Sunita who taught us about Hindu faith, Bollywood and traditional dancing and challenging stereotypes.

The day began with animated storytelling about Rama and Sita and the origins of Diwali.

We then created amazing Rangoli art work, making sure they were bright, colourful and symmetrical.

Sunita also told us about the Hindu faith and demonstrated how Hindu's pray.

This helped us develop our understanding of the diversity of cultures and faiths around the world and in Britain.

Later in the day we learned how to challenge and question stereotypes by exploring our own perceptions of India. We were amazed at what we learned about the variety of lifestyles in a country of such contrast.

The day ended with an energetic dance session, where we all got to perform wearing the most spectacular Indian clothes, bangles and bindis.