We have used  Picture News for several years now (click here to read how it is our tool of choice for teaching British Values). It focuses around a key, thought-provoking question (this is changed fortnightly) for the children to debate. The resource is adapted to be appropriate for children in Reception, while further versions are delivered in school to Key Stages 1 and 2. As such, Picture News is already a familiar 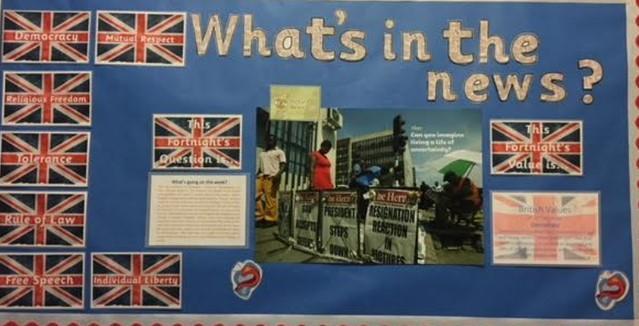 resource to the children. We will continue to use this to cover the personal and social aspects of our curriculum via child-sensitive, yet thought-provoking topical subjects to debate, with further social and citizenship learning incorporated.

Each fortnight, we will post  below, on this page, "The Question", the background to the news, its linked British Value and other topical information for you to debate as a family. This includes a News Paper to read together. We will also share with you the teacher guidance we receive, as this may be helpful. It might be an idea if you set a day of the week for this conversation; for example Thursdays when we "Clap for Carers", would be topical.

Week beginning 19th October 2020 - should organisations raise money and do they have a responsibility to be environmentally-aware?

WC 12th October 2020 - is it the responsibility of the young to protect the planet?

Here's the Picture News paper for you to discuss over the weekend and next week.

Here's this week's Picture News paper for you to read and talk about at home.

WC 28th September: Should you always report those who aren't following rules?

It has been announced by Prime Minister, Boris Johnson, that Covid marshals will be introduced in towns and city centres in parts of the UK, to help ensure social distancing rules are followed. He believes that the public want to see 'stronger enforcement' of the rules. The government said marshals can be either volunteers or existing members of the council staff from local governments. 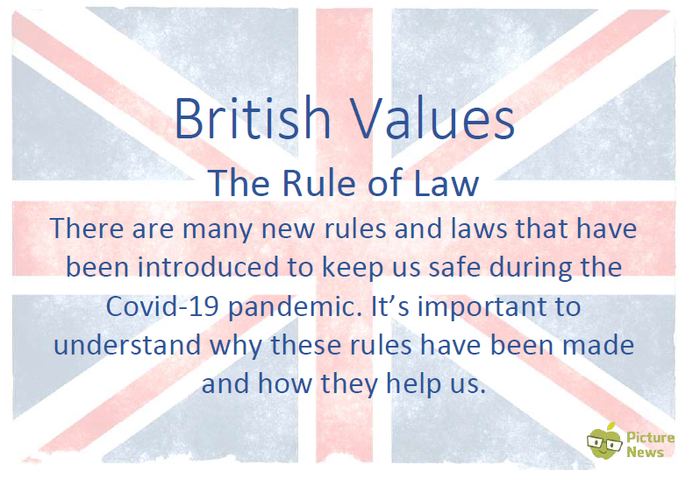 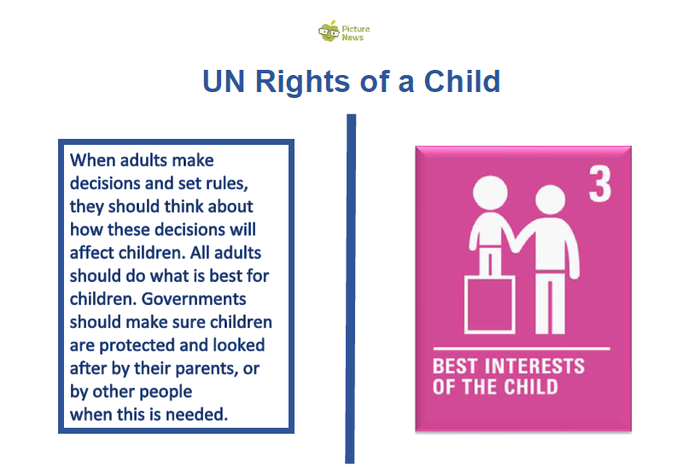 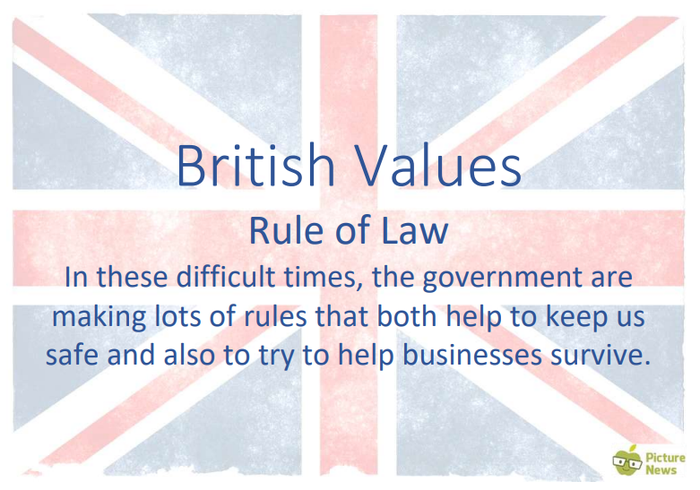 One of the ideas proposed to the government to kick-start the struggling High Street was that households should be given vouchers worth hundreds of pounds. The suggested amount was £500 for each adult and £250 for each child to support firms hit the most by the coronavirus outbreak.

Instead, the Chancellor, Rishi Sunak announced the new “Eat Out to Help Out” scheme, which will see households given vouchers to use when dining out. The vouchers will give households a 50% reduction, up to £10 per head, for meals taken on Mondays, Tuesdays and Wednesdays throughout August.

Experience – an event or occurrence that leaves an impression on someone.

Kick-start – to take a course of action that will quickly start a process that has stopped working or progressing.

Propose – put forward a plan or suggestion to be considered by others. Reduction – make something smaller in size or amount.

Struggling – trying hard to achieve or attain something in the face of difficulty or resistance.

Suggested – put forward a plan or idea for someone to think about. 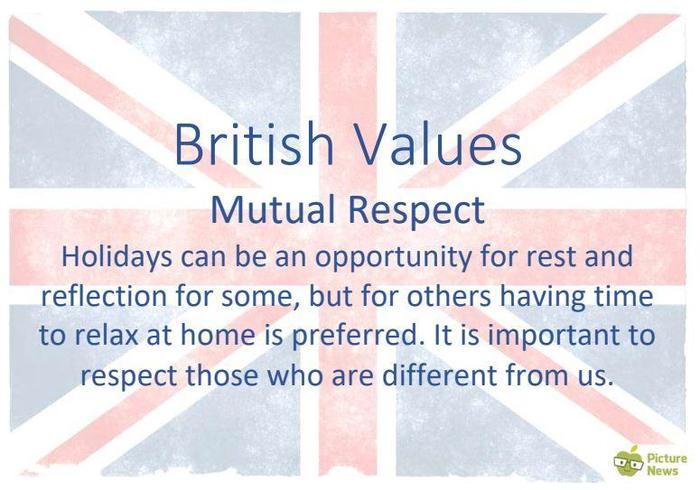 Since March 17th, people in the UK were only allowed to travel to other countries if the journey was essential. Anyone who returned to the UK was also required to self-isolate at home for 14 days. A new traffic light system, recently launched, means countries have been given a green, amber or red light depending on the number of coronavirus cases there, allowing people to potentially have a summer holiday this year. All passengers have to wear face coverings on planes and ferries.

Explore – if you explore a place, you travel around it to find out what it is like.

Launched – to start or introduce something to the public for the first time.

Potentially – it may happen in the future; possibly.

Restriction – putting an official limit on something.

Self-isolate – to stay in your home and not see other people when you have or may have an infectious disease. 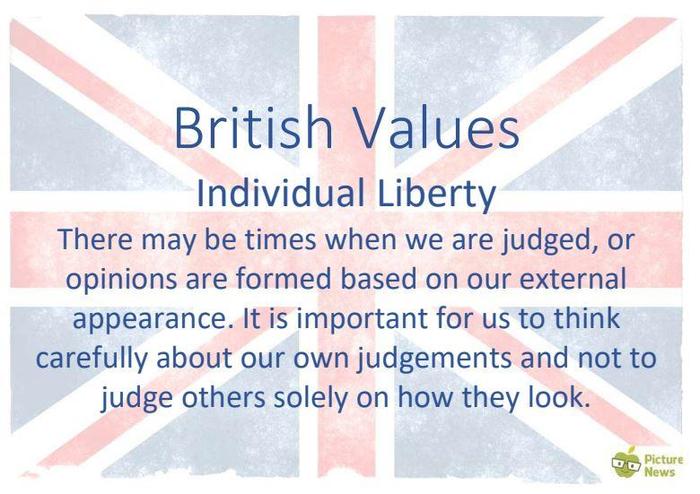 A red, white and blue paint job on the Prime Minister's plane has recently been revealed. The RAF Voyager is used by the Prime Minister and members of the Royal Family for official visits around the world and was previously coloured grey. An official spokesperson for the government confirmed that the plane received its makeover in Cambridgeshire in the colours of the Union Jack at the cost of £900,000, taken from public funds.

Confirm – establish/state that something, that was believed or suspected, is true.

Impact – have a strong effect on someone or something.

Impression – an idea, feeling or opinion of someone or something. What you think they are like or what you think is going on.

Judge – to form an opinion or conclusion about someone or something.

Official – approved by the government or by someone in authority.

Represent – to act or speak on behalf of someone or something. 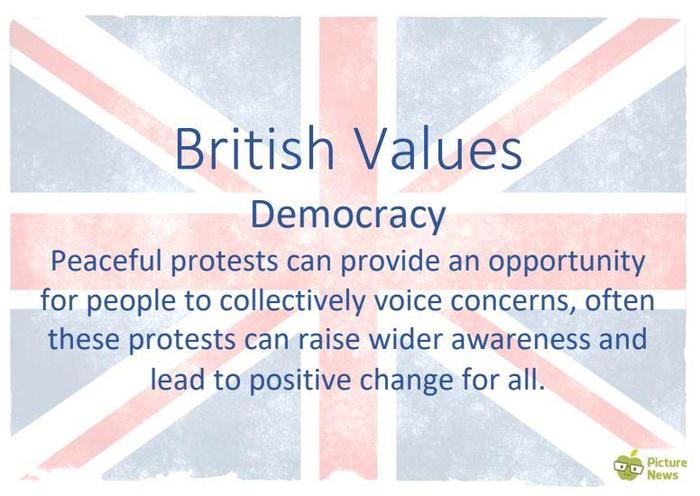 Following protests campaigning for Black Lives Matter, demonstrators in Bristol pulled down a statue of a former slave trader, Edward Colston and threw it into the harbour. It is likely that the statue will now be placed in a museum. Many other famous statues have been in question in other parts of the UK, with issues regarding what they represent and if they should be given such prominent positions in towns and cities.

Demonstrators – people who take part in a public protest march or gathering.

Monuments – a statue, building or structure built to remind people of an event in history or a famous person.

Offend – cause someone to feel upset, annoyed, or resentful.

Protests – the act of saying or showing publicly that you object to something.

Warrant – if something warrants an action, it makes the action seem necessary or appropriate for the circumstances. 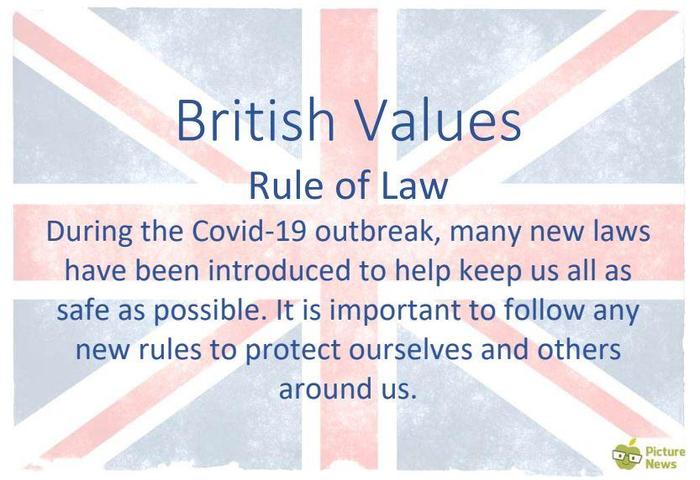 Chester Zoo is the largest zoo in the UK and was closed on 21st March, following lockdown restrictions due to the Covid-19 outbreak. It reopened on 15th June, after being closed for 3 months. During the long period it was closed, the owners were concerned that it may not ever have been able to reopen due to the huge lack of income caused by the closure and the huge costs involved in feeding the animals.

Conservation – saving and protecting the environment and wildlife.

Income – money that is received, especially on a regular basis, from work or through investments. Innovative – something that is new, advanced and original.

Permanent – something that lasts forever.

Requirements – something that is needed or wanted; it is a necessary condition.

Restrictions – something that limits what you can do e.g. an official rule or law.

This is "Picture News Virtual Assembly - 22nd June" by Picture News on Vimeo, the home for high quality videos and the people who love them. 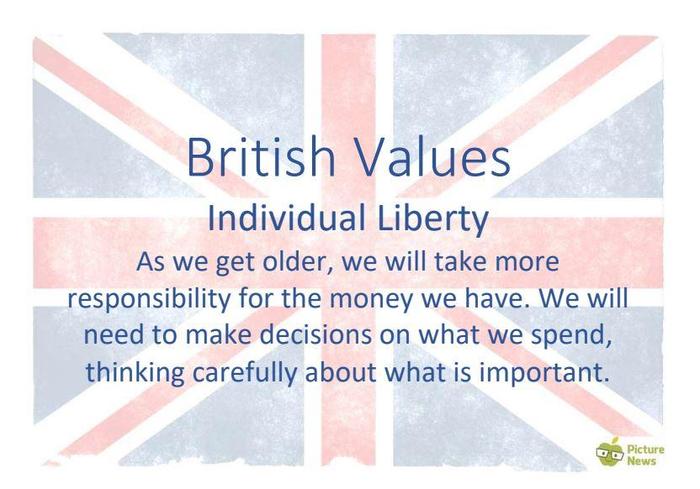 A mother from Northumberland recently spent £100 on a second-hand vending machine to provide an opportunity for her children to learn about money after tiring of them arguing over snacks and other items during lockdown. Mother of four, Sarah Balsdon, was getting so fed up with her children's constant arguments she and her husband, Kyle, came up with the idea to provide them in a limited and controlled way, whilst helping the children learn how to manage money.

Constant – something that happens all the time or is always there. Finances – the management of money.

Limited – when the size or amount of something is restricted.

Responsible – if you are responsible for something it is your job or role to do it. Responsible people behave sensibly and properly without needing to be supervised.

Vending machine – a machine that provides items such as food or drink after money or tokens are inserted. 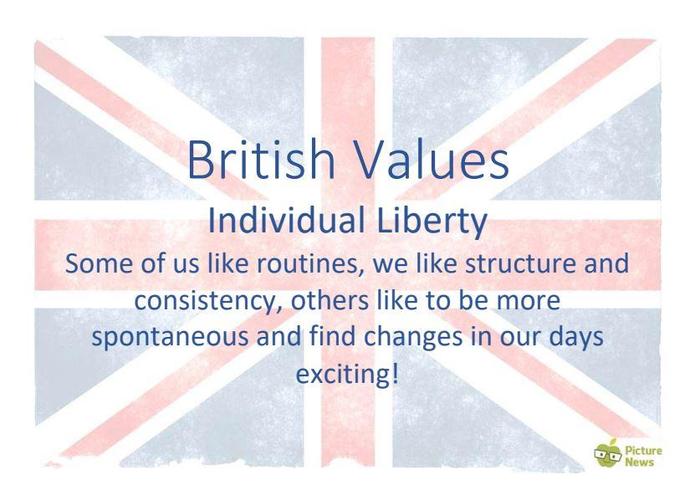 Since schools closed to most pupils two weeks before the Easter break, many young people have had to completely rehaul their usual routines.

While there is a possibility that some, if not all, primary school year groups in England may go back before the long summer holidays, this is unlikely to be the case in Scotland, Wales, Northern Ireland and for most secondary aged pupils.

Consideration – careful thought about something.

Prior – something that has already happened or must happen before another event can take place. Productive – something or someone that is productive is able to produce or achieve a large amount. Routine – a sequence of actions that are regularly followed.

Varied – something that consists of different types, elements, sizes or qualities.

This is "Picture News Virtual Assembly - 8th June" by Picture News on Vimeo, the home for high quality videos and the people who love them. 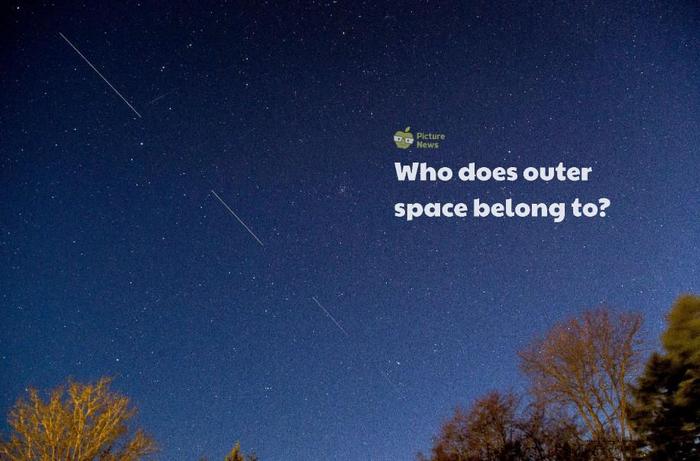 SpaceX founder, Elon Musk, has a dream of providing the whole world with high speed internet
using satellites in the sky. Mr Musk recently announced on Twitter that the firm’s Starlink service
will be available to certain locations in six months. The project aims to have the devices form a
constellation around the planet from a distance of 200 miles to 700 miles above the surface and
transmit data to stations and customers on the ground.

Things to talk about at home…
Did you see the Starlink satellites in the last week of April? Imagine you saw them but didn’t
know what they were, what might you have thought they could be?
Do you think having satellites around the world to enable internet access everywhere is a good
idea?
Do you think that anyone should be allowed to send things like satellites into space? Talk about
why.

What is VE Day? 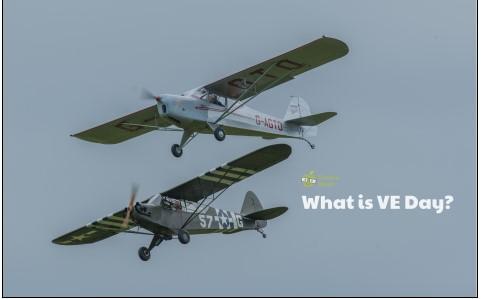 Inspired by Captain Tom Moore who is 100 years old(!) this Thursday (April 30th). Please enjoy a discussion about this amazing man and his epic work for the NHS during this difficult time. 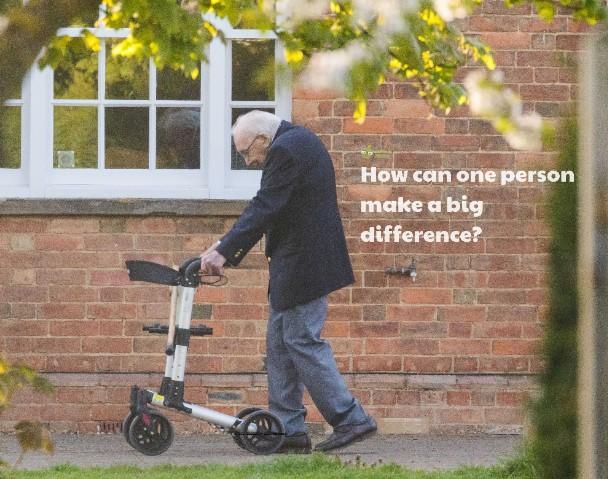 How can one person make a big difference? 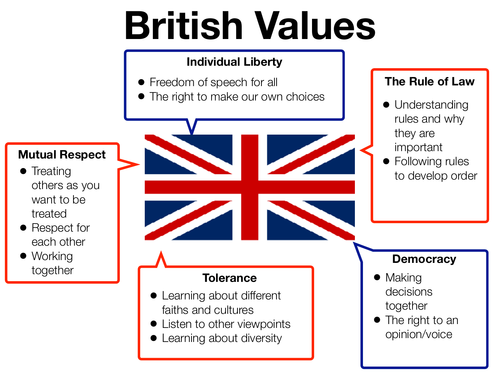 The Question this fortnight is :

Do we think people will travel less in future? This fortnight's linked British Value is: New figures revealed on April 7th from the Department of Transport show that only a very small proportion of people in the UK are still travelling during the lockdown period the government have imposed
during the COVID-19 outbreak. Visits to shops, museums and cafes in the UK have fallen by 85% since the coronavirus outbreak, according to data shared by Google. The government has supported Google in using data in this way.

An adapted Early Years version of this question, with lots of lovely age-appropriate resources to prompt discussion and activities, can be found within our EYFS Power page. Click here to go straight there.

Imposed – force a decision or ruling or put a restriction in place.
Proportion – a proportion of an amount is part of it.
Revealed – expose, view or show something that was hidden.
Outbreak – something bad that suddenly starts to happen like violence or a disease.
Replacement – a person or thing that takes the place of another.
Virtual – carried out, accessed or stored by a computer or the internet.

Resources to support your family discussion

A 'sessionid' token is required for logging in to the website and we also use a 'crfstoken' token to prevent cross site request forgery.